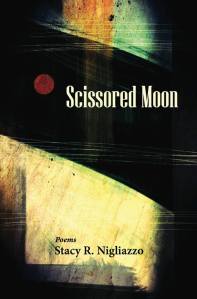 Scissored Moon, a collection of poetry by Stacy Nigliazzo, RN

Scissored Moon, a collection of poetry by Stacy Nigliazzo, RN

Stacy R. Nigliazzo, RN, BS, is an emergency room nurse. Her poems have appeared in numerous journals including Journal of the American Medical Association, Yale Journal for Humanities in Medicine, Third Space (Harvard Medical School), American Journal of Nursing, Annals of Internal Medicine, and Annals of Emergency Medicine. Her poem “Relic” was a finalist for the 2012 Marica and Jan Vilcek Poetry Prize. She reviews poetry for the American Journal of Nursing and the Bellevue Literary Review. In addition to her R.N. degree, she holds a B.S. in psychology from Texas A&M and has been recognized by Elsevier for nursing excellence.

Nigliazzo’s first published collection of poems Scissored Moon, is a finalist for the 2013 Julie Suk Award for Best Poetry Book, and available now at Press 53 (www.press53.com/BioStacyNigliazzo.html), and the Brazos Bookstore (www.brazosbookstore.com/book/9781935708889).

Nigliazzo has this to say about her work:

And your very flesh shall be a great poem…

When pondering the great writers of the past one will inevitably recall the name Walt Whitman. Father of free verse. Arguably the most influential poet in American history. It’s generally expected to learn that, in addition to publishing incomparable poems, Whitman also worked as a teacher and a journalist. Would it surprise you to discover that he was also a nurse? Indeed, he served as a volunteer nurse during the American Civil War, initially traveling to Washington D.C. in 1862 to care for his brother (a wounded soldier), ultimately staying on to work in a wartime hospital. It is said that during this time he lived on a modest salary and spent much of his income purchasing supplies for those he nursed.

This grand tradition continues today through the stories and poems of award winning authors such as Richard Selzer (surgeon), Judy Schaefer and Cortney Davis (both nurses), and many others.  Even the founding editor of WebMD (Tom Lombardo) is an accomplished poet. Who knew?

I dressed her wound

a scarlet braid laced with black thread.

She was alone, but spoke of her father at her bedside

attending a bowl of water and sand,

He pinned them in her hair and stayed

until I cut the suture.

Readers, enter the world created by poet Stacy Nigliazzo in her collection, “Scissored Moon.”  Enter quietly, for this is a sacred space in which patients suffer and die, heal and rejoice.  It’s a real world, one that ER nurse Nigliazzo knows intimately, and she takes us on a tour we can never forget…

-author of The Heart’s Truth: Essays on the Art of Nursing

“Face to face—I will listen” Indeed, Stacy Nigliazzo’s poems reflect her attentive listening to patients. But they also reflect compassionate seeing and sensitive touch. In fact, Scissored Moon embraces all the senses in its depiction of a nurse’s world fraught with illness, trauma, loss, endurance, hope, and sometimes healing. Nigliazzo’s vibrant images abound: “his pupils quivering…slowly spilling over like bursting inkwells,” “Her voice, a razored sliver…,” “like clover in the green fleck of my eye.” However, the true genius of these poems lies in their empathy, in the poet’s ability to express the deep connection she experiences with her subject. “I see myself always… reflected in the eyes of my patients.” With this book Stacy Nigliazzo joins a select group of nurse-poets whose work demonstrates the highest standards of craft, as well as the deepest insights of compassion.

-author of Medicine Stone and Bursting With Danger and Music

Stacy Nigliazzo, in this stunning tri-part collection of poems on nursing, illness and trauma, brings us through the closed doors of the operating room, behind the curtains of the trauma bay, round the labor floor and the intensive care units, and into the heart of what really matters in the hospital…

-author of Sleep Talker: Poems by a Doctor / Mother 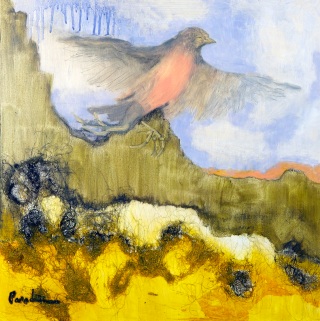 Julianna Paradisi, RN, OCN ( aka JParadisiRN) is an award winning artist, a writer, oncology nurse, and cancer survivor. Julianna's paintings have appeared on the cover of the American Journal of Nursing, in Scrubs Magazine, as well as publications and galleries throughout the Pacific Northwest. She blogs weekly for TheONC.org, and monthly for Off The Chart, the blog of the American Journal of Nursing.